Is Diet Really That Important?

If you are suffering daily with some of the most typical fibromyalgia symptoms like ongoing pain, fatigue, brain fog, and digestive issues. Then no doubt you are looking at any possible improvements you can get from making adjustments to your diet.

Fibromyalgia can be such a life-disrupting and debilitating chronic illness. But, by making simple changes to your lifestyle including changing up your diet you can reap the rewards of a reduction in your symptoms and improvements in your overall health.

And studies show that when you change your diet it is not only the obvious areas such as your digestion and pain symptoms that improve. You can also reduce fatigue, muscle, and joint pain and brain fog symptoms too.

So what IS the best diet for fibromyalgia sufferers? In this post, we’ll take a look at what foods to include in your diet but firstly and perhaps, more importantly, let’s work out which foods to avoid for symptom relief.

If you haven’t already been tested, carrying out food sensitivity testing is a good first step to make sure you eliminate any foods you could unknowingly be reacting to. Some common foods that cause sensitivities are milk, eggs, peanuts, soy, wheat, gluten, and members of the nightshade family.

However, we are all individual and there are several other foods you could be reacting to. So testing is a good first step in helping you work out which foods should be on your avoid list to start with. You may want to undertake an elimination diet to check for any reduction in your symptoms.

Besides obvious food sensitivities, there are some other food types that fibromyalgia sufferers should try eliminating for symptom relief.

This report shows that fibromyalgia patients with a non-celiac gluten sensitivity improved when placed on a gluten-free diet. This improvement was measured by the study patients achieving at least one of the following criteria:

It seems that although gluten sensitivity is not the cause of fibromyalgia, by adopting a gluten-free diet significant improvements in the symptoms of this illness can be a welcome achievement for many people making the possible elimination of gluten a worthwhile move to see if any improvements can be made.

Gluten is a gunky glue-like protein found in cereal crops. Most people are familiar with wheat as being a main source of gluten. However, it is also found in other grains such as barley, spelt and rye.

Many people who think they are following a ‘healthy’ gluten-free diet by avoiding wheat may inadvertently be ingesting gluten from other grains. In addition, oatmeal which does not contain gluten but has been processed in a facility with other grains may become cross-contaminated. 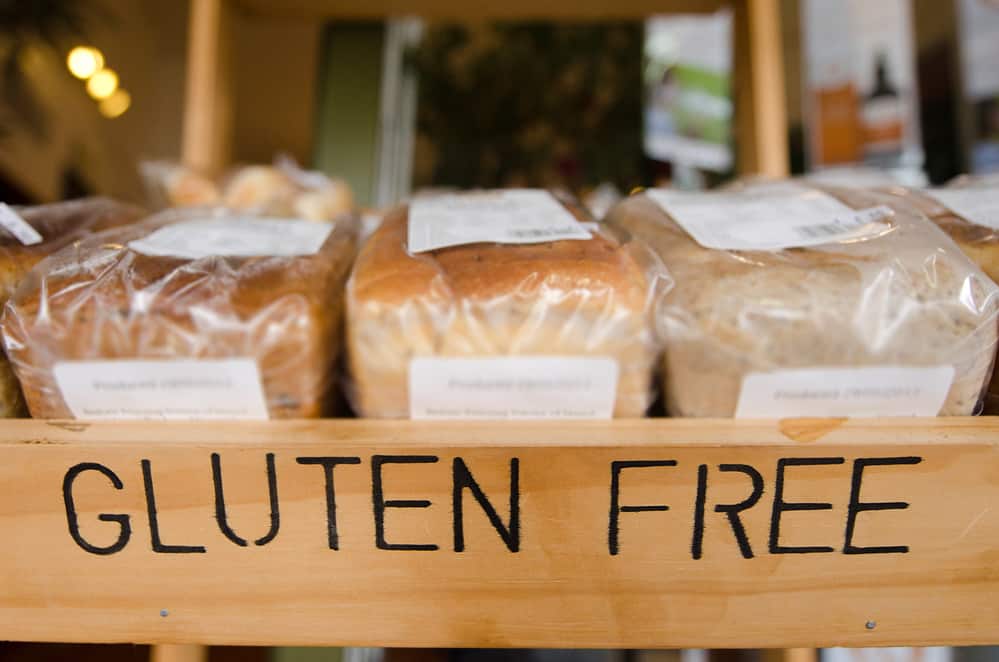 While checking out which grains you eat and which you should avoid is a logical first step. Things become more complicated as gluten is also hiding in many processed foods, so it pays to eat food as close to its natural state as possible, or at the very least to carefully read and check all food labels for gluten.

Modern wheat grain is genetically different from wheat produced decades ago which may be the reason for the increase in people developing issues with wheat.

In people with gluten sensitivity, even tiny amounts of gluten ingested cause an immune system response in the small intestine. The end result is a leaky gut where small particles of food pass through the walls of the digestive system setting up a further autoimmune response and even more symptoms.

By reducing body-wide inflammation fibromyalgia sufferers can benefit from a reduction/remission in their symptoms.  An anti-inflammatory diet can help with this.

A small study of four patients with fibromyalgia showed significant improvement or resolution in their symptoms by eliminating the artificial sweetener aspartame and food additive MSG from their diet.

Aspartame has been around for a few decades and is currently an artificial sweetening ingredient in thousands of processed foods and drinks, yet another reason to steer clear of processed foods.  It is also known by the brand names ‘Nutrasweet’ and ‘Equal’.

MSG or Monosodium Glutamate is a food additive used to enhance flavor in thousands of consumer goods. It is derived from glutamic acid which is a type of protein found in many types of natural foods and imparts an enhanced savory/salty taste to food.

Many people who don’t have fibromyalgia are highly sensitive to MSG. I always know if I have inadvertently eaten it at a restaurant because I cannot sleep and it makes me kind of restless and twitchy all night. After waking from a few hours of this restless sleep I have a ‘hungover’ feeling despite not drinking alcohol.

If you love Asian food and eat it regularly, you may be ingesting MSG as many Asian chefs find it difficult to cook without using MSG. And even if they do not add MSG to their food it can be already included in sauces and seasonings they are using. 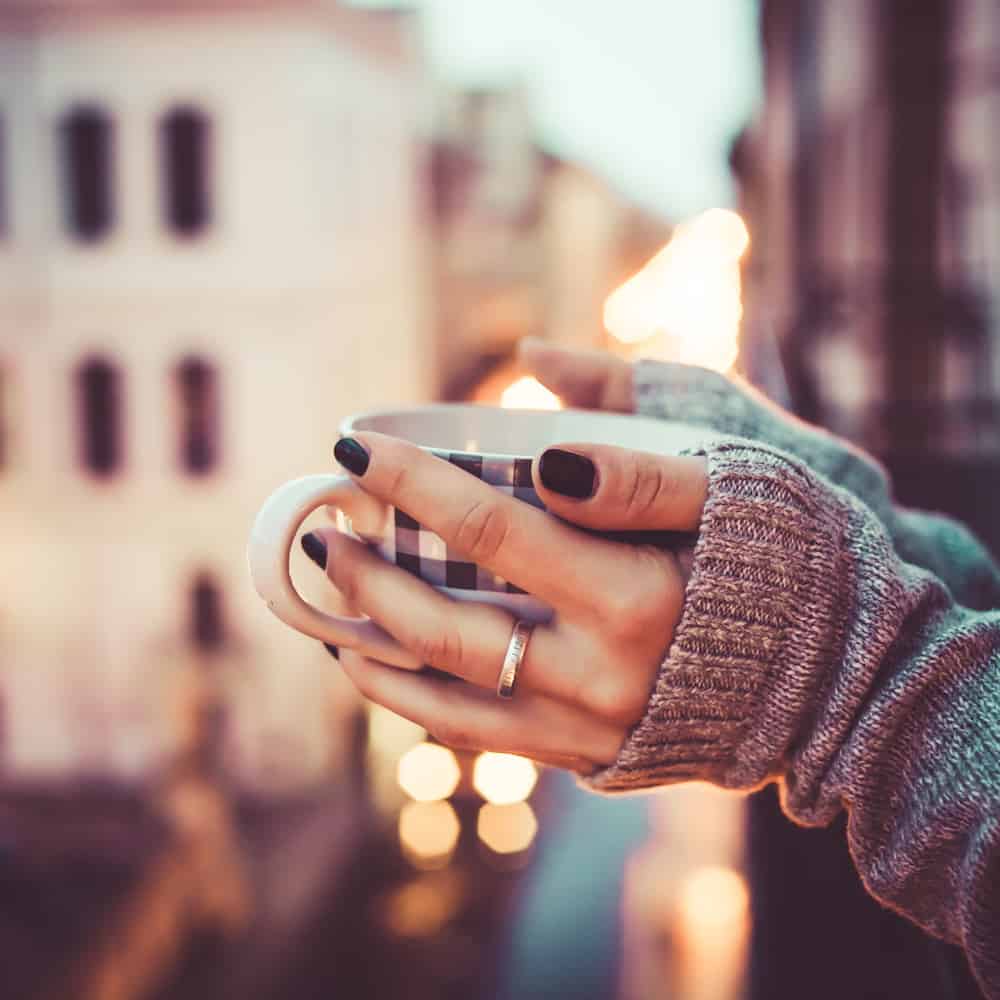 Often caffeine is one of the hardest things to give up, particularly if you suffer the fatigue of fibromyalgia and you need the short term boost in energy caffeine provides.

However, it is often one of the most important dietary changes to make. Caffeine consumption can contribute to poor sleep quality and insomnia as well as increasing feelings of depression and anxiety. Many of the symptoms common to fibromyalgia.

And it’s not only your regular coffee habit you need to monitor as caffeine is also an ingredient in tea, cola and energy drinks. Even some chocolate bars are manufactured using caffeine. And watch out for some pain medication as that can include it too.

Many fibromyalgia sufferers have difficulty sleeping and disrupted sleep patterns, staying away from caffeine should help you get a good night’s sleep. In many people, again I am one of them having even one cup of coffee early in the day means I am still awake into the early hours of the morning.

When you suffer from one of the main fibromyalgia symptoms of chronic exhaustion it can be almost impossible to give up the energy boost you get from eating sugary foods. You do get a quick burst of energy from eating sugar, however, that is often followed by a crash as blood sugar levels plummet.

Additionally, it is easy to fall into a vicious cycle of needing sugar. When you feel pain and become inactive you can gain weight and have low energy. Then you start looking to sugar for quick energy pick me up. And sugar does give you that almost immediate burst of energy. However, that quick energy fix is followed by a crash where you can end up feeling even worse than before.

If adrenal issues are part of your fibromyalgia pattern consuming sugar can make your symptoms even worse. Gut issues like candida are also worsened by sugar consumption leading to nutritional deficiencies which further worsen fibromyalgia symptoms.

Are you convinced yet that sugar is a big ‘no-no’? I found that giving up sugar initially was difficult as the cravings were very difficult to ignore. But once past the first week the cravings completely subsided. To me, there is no doubt it is a highly addictive substance.

Once it is out of your system you’ll no longer feel the intense cravings for something sweet. In fact, as your tastebuds change, sweetened foods will taste just way too sweet.

For many used to eating fast foods or frozen/canned convenience foods, making a change to a natural diet might seem like a huge step. However. if you are dealing with a chronic illness like fibromyalgia it is more important than ever to provide your body with the nutrients it needs.

Many processed foods provide empty calories, keeping you full but offering nothing to support your body and help relieve the symptoms of your illness.

Give the drive-through and the middle aisles of your supermarket a miss and leave any processed foods on the shelves. This means cutting out ‘white’ foods like pasta, sugar, white rice, and white bread. You should also eliminate all foods such as deep-fried foods using trans fats, partially hydrogenated, and polyunsaturated oils.

To show just how important what you eat as well as the huge roles overall gut health plays in health this study shows how one particular type of bacteria is missing in the guts of those with fibromyalgia.

Although there is more work to be done on this type of research interestingly the study states it could ultimately be used as a diagnostic tool for fibromyalgia in the future. 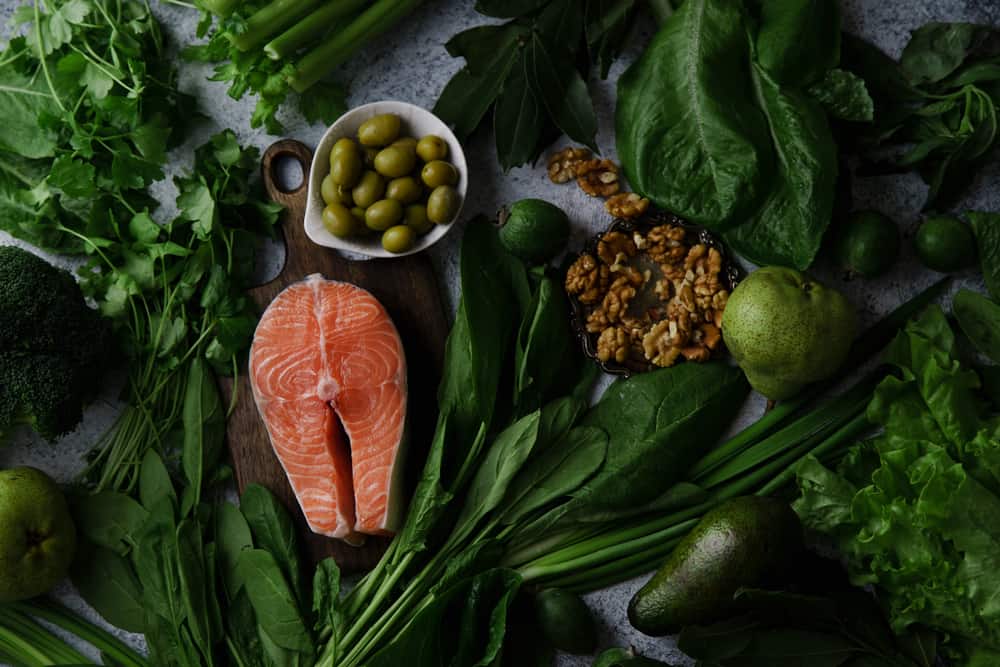 Now you know what not to eat, what should you be eating? It may be the above information that has left you wondering what on earth you CAN eat. Or maybe it has helped you realize just how unbalanced your current diet is.

Fortunately far from leaving you with nothing to eat, when you move to a natural and well-balanced diet there is an abundance of delicious foods to choose from.

A diet rich in whole grains, vegetables, and fruits (organic if possible) can provide the support and nutrition your body’s natural healing system needs. You don’t stand a chance of healing and reducing your symptoms if you are not providing your body with the nutritional building blocks it needs.

Rather than eating white rice try brown rice, buckwheat (which is a seed rather than a grain), quinoa, and chia. Adding healthy legumes such as chickpeas, turtle beans, kidney beans, etc., help keep you full and provide fiber.

If standard white bread is off the menu, try this recipe for gluten-free flaxseed focaccia bread, super easy to make, and delicious.

Nowadays you can also buy pasta made from chickpeas and other gluten-free alternatives to standard white wheat pasta. Alternatively to get your pasta fix, invest in a spiralizer and make healthy zucchini or sweet potato spirals with a lot less carbs too.

Omega 3 fatty acids from cold-water fish such as salmon, trout, sardines, and mackerel can benefit your joints and cardiovascular system. This study showed how a group of fibromyalgia patients responded to treatment with Omega 3 fatty acids for neuropathic pain.

Other forms of healthy lean protein besides fish include turkey, chicken, tofu, tempeh, and low-fat dairy products. Small amounts of grass-fed beef may be tolerated in moderation to help keep saturated fat to a minimum.

And how you eat is important too, it is a good idea to follow the rule of combining carbohydrates with protein or fats to slow down their absorption. Choosing foods that are high in fiber and low in sugar can help combat fatigue and keep energy levels stable.

Nuts and seeds and their oils as well as olive oil, avocado, and coconut oil are among the healthy oils to use for salad dressings and cooking.

So there you have it, I hope this guide to the best diet for fibromyalgia sufferers gives you some useful tips on the foods you should definitely eliminate from your diet for symptom relief.

And the suggestions here for healthful foods you should eat will help support your body nutritionally to help you heal and make you feel better with less pain, fatigue, and a reduction in all of your symptoms.

Please leave a comment below to tell other fibro sufferers of any changes you made to your diet that resulted in the relief of your fibromyalgia symptoms. You might just provide information that others haven’t considered and could make a difference.

Most Comfortable Underwear For Women With Fibromyalgia

Brain Fog Causes In Fibromyalgia [10 Tips To Manage It]