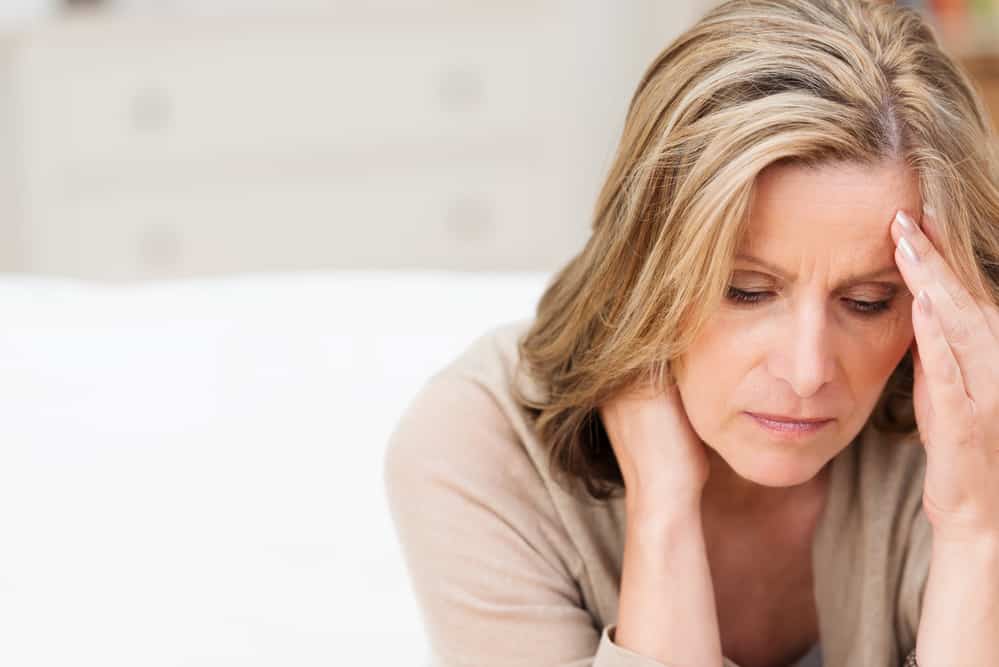 My first experience with fatigue issues was during perimenopause. And in the years since then I noticed how friends and colleagues also succumbed to adrenal fatigue during their perimenopausal years. It made me curious to find out about the connection between perimenopause and fatigue issues.

Many people attribute their unexplained tiredness to the nature of their jobs and probably a lack of sufficient sleep. During their 40’s women are most likely dealing with a busy career, teenage children, managing the household and increasingly busy and productive lives. The truth is, sometimes even after having enough sleep you may still feel tired and struggle to get through each day with so much on your plate.

It is concerning that after a visit to your doctor, you are told that nothing is wrong with you when actually you could be suffering from adrenal fatigue without even knowing it. Standard medicine does not recognize the existence of adrenal fatigue syndrome despite it reaching almost epidemic proportions due to our hectic modern lifestyles.

The main cause of fatigue as you head into menopause is caused by the changing hormone levels. Progesterone, oestrogen, adrenal and thyroid hormones all play a part in regulating cellular energy in the body. When hormones are imbalanced this can lead to fatigue.

Adrenal fatigue which many people think is simply tiredness, occurs when the adrenal glands function below their normal level. When this happens it leads to a feeling of weakness and a constant need to rest.

This type of fatigue may be as a result of a prolonged illness, such as a chronic infection like bronchitis or pneumonia. It can also occur after an extremely stressful sudden and traumatic experience, such as the death of a loved one. However, it is also commonly caused by the ongoing stress in our everyday lives.

The most common symptoms of adrenal fatigue which may vary from person to person include extreme fatigue, and general weakness of the body. Some of the other symptoms include:

While it may be easier to recognize adrenal fatigue in those who have gone through a traumatic event or suffered from a chronic illness. There are others who feel all these symptoms without any prior chronic illness or traumatic experience. Often among this group of people are women approaching menopause or simply put, women experiencing perimenopause.

Perimenopause is a stage in a woman’s life when she experiences a change in her usual pattern of menstruation due to hormonal changes. These hormonal changes cause abnormal menstruation in women over a period of time (which may vary from woman to woman) till the woman’s menstruation eventually ceases. The perimenopause stage comes to an end when a woman has not menstruated for about a year and is officially in menopause.

It is interesting to note that perimenopause is known to be the number one cause of unexplained adrenal fatigue in women. At the perimenopause stage of a woman’s life, there are hormonal fluctuations such as changes to their progesterone levels which can be responsible for their adrenal fatigue.

What Is Progesterone And Its Role In The Body?

The menstrual cycle is controlled by different hormones and progesterone is one of them. Progesterone is a hormone that is produced in the ovaries during the second phase of menstruation and it is released after the eggs have been transferred into the fallopian tubes.

In women of childbearing age, progesterone helps by releasing proteins which prepares the womb for pregnancy. Progesterone is also produced in the placenta when a woman becomes pregnant and this hormone helps in sustaining the fetus.

How Does Progesterone Affect Perimenopause?

The menstruation cycle which is usually between 28 to 35 days involves the discharge of the unfertilized egg and other tissue from the endometrium lining.

During the menstrual cycle, hormones which include progesterone help make the eggs in your ovaries mature and ready for fertilization. These hormones also make the lining of the womb thicker and ready to receive the fertilized eggs. For the eggs to be fertilized, they have a place to start growing, but if the eggs are not fertilized, the body sheds the thick lining.

During perimenopause, progesterone is the first hormone that goes into decline as the woman’s ovaries and eggs slowly lose their vigour. The ovaries which are the main producers of progesterone begin to produce little or none.

Women during perimenopause tend to have a low level of progesterone and, as women grow older the level of their progesterone drops drastically. This can cause the adrenal glands to function below optimal capacity or to function in an improper manner.

At this stage, women begin to exhibit some signs and symptoms, some of which include; headaches or migraines, mood changes, depression, hot flashes, low libido, general body weakness and so on. When menstruation finally ceases (that is when a woman reaches menopause), the adrenal glands are called upon to produce back up hormones.

What Are The Adrenal Glands?

They are small walnut sized organs situated on top of the kidneys. These endocrine organs contain the inner-medulla and outer-cortex that work together to release the adrenaline hormones also known as norepinephrine, DHEA and cortisol. 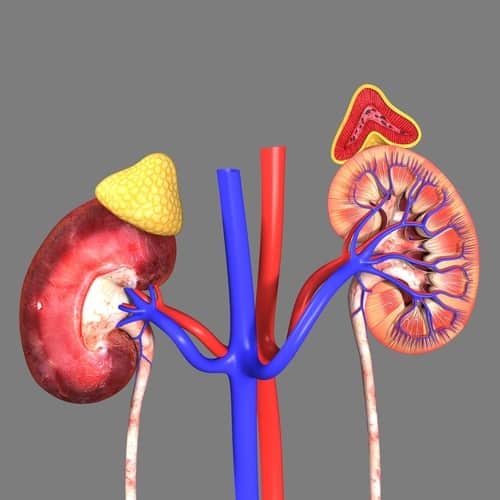 The function of adrenaline hormones cannot be overemphasized; apart from playing a crucial role in the body’s fight against chronic stress, they also increase the heart rate by causing blood to flow to the various organs and muscles in the body.

Cortisol is one of the hormones produced and released by the adrenal glands to help the body fight fatigue. It helps produce energy by metabolizing fats and proteins into sugars to create and maintain energy levels.

Once a woman reaches the age of 35 years, there is a dip in the release of estrogen and progesterone in the body. With these hormonal changes the woman’s menstrual cycle starts to become affected.  As a woman reaches 40 years of age during the perimenopause stage, the progesterone hormone released in her body will decline quite markedly.

The older a woman gets, the older her ovaries will be too. Her egg production diminishes and the ovaries generate lower progesterone as well as estrogen. In addition, the woman’s pituitary gland will release pretty high levels of both LH and FSH which help her ovaries to go on functioning as usual.

They also help in the development of follicles, in the production of estrogen and then progesterone after the woman ovulates. Though the ovaries will perform to a level as before, sooner or later higher levels of LH and FSH will be needed to generate progesterone and estrogen, levels that just can’t be sustained for long.

As the woman nears menopause, the levels of estrogen in her body will further drop. At this point you can experience a series of symptoms that may include:

In today’s world where women have to work extra hard to support the family, one cannot avoid stress both at home and at work. However, how much stress the body can endure depends on how the body of an individual is capable of reacting and effectively dealing with the stress factors.

When experiencing stress, the body tends to fight or combat the stress factors on its own accord through the release of sufficient levels of cortisol.

But, when the stress level rises to the point where it is severe or chronic and cortisol becomes exceedingly elevated in the body, it can be counterproductive. High levels of cortisol in the body can lead to excessive weight gain, blood sugar problems, high blood pressure, kidney failure and also the beginning of adrenal fatigue.

How The Adrenal Glands Produce Backup Hormones During Perimenopause

As our hormone systems are interconnected, you can see that imbalance anywhere has far reaching effects on the body. Worn out adrenals due to too much stress can exacerbate any perimenopausal symptoms as your poor adrenal glands are unable to produce the back up hormones needed for a smooth transition through to menopause.

As already mentioned, the effects and severity of adrenal fatigue can vary between each person. It really depends on how the individual’s is able to fight the stress factors causing adrenal fatigue. However, there are some general effects which may be more common than others and their level of intensity may also vary from person to person. These effects which can also be symptoms of ailments other than adrenal fatigue include;

If you are experiencing any of the above listed effects of adrenal fatigue, there are cost effective and natural ways to boost the functions of your adrenal glands. Below are some measures that you can take to help you maintain healthy adrenal glands in order to fully combat adrenal fatigue. 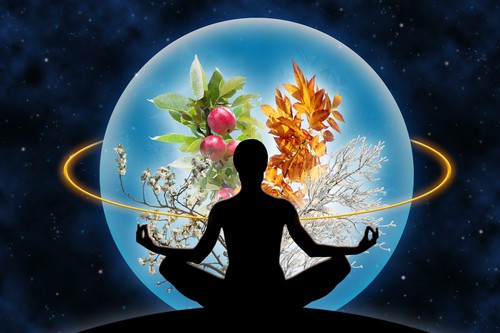 Being aware of the hormonal changes taking place during perimenopause is the first step in understanding how you can support and nurture your body through this transition. Perimenopause and fatigue don’t have to go hand in hand if you know how to avoid factors that can cause more pronounced hormonal imbalance.

Avoid stress, eat healthy food and take care of yourself a little more than usual and you’ll sail through perimenopause without the risk of developing adrenal fatigue syndrome. 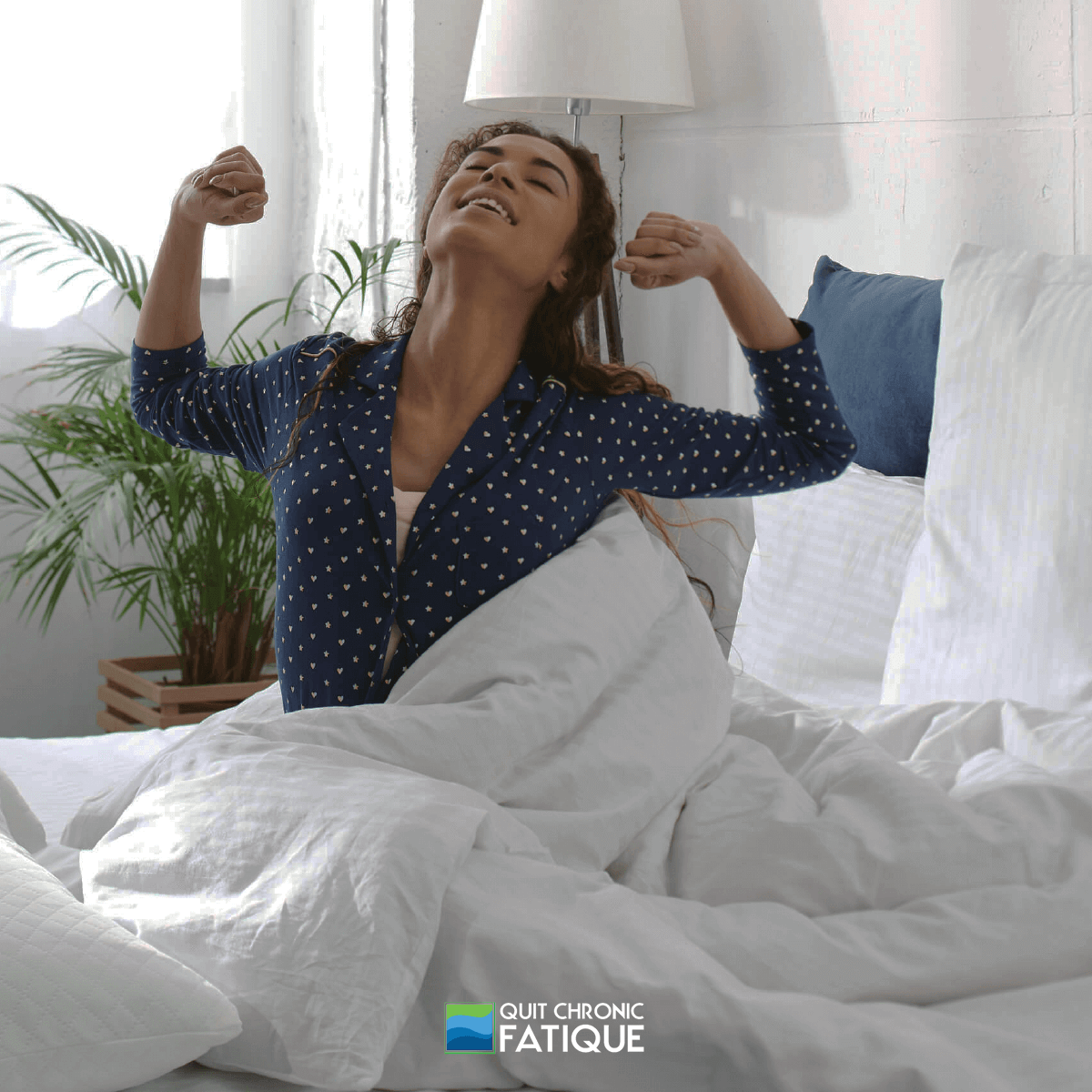 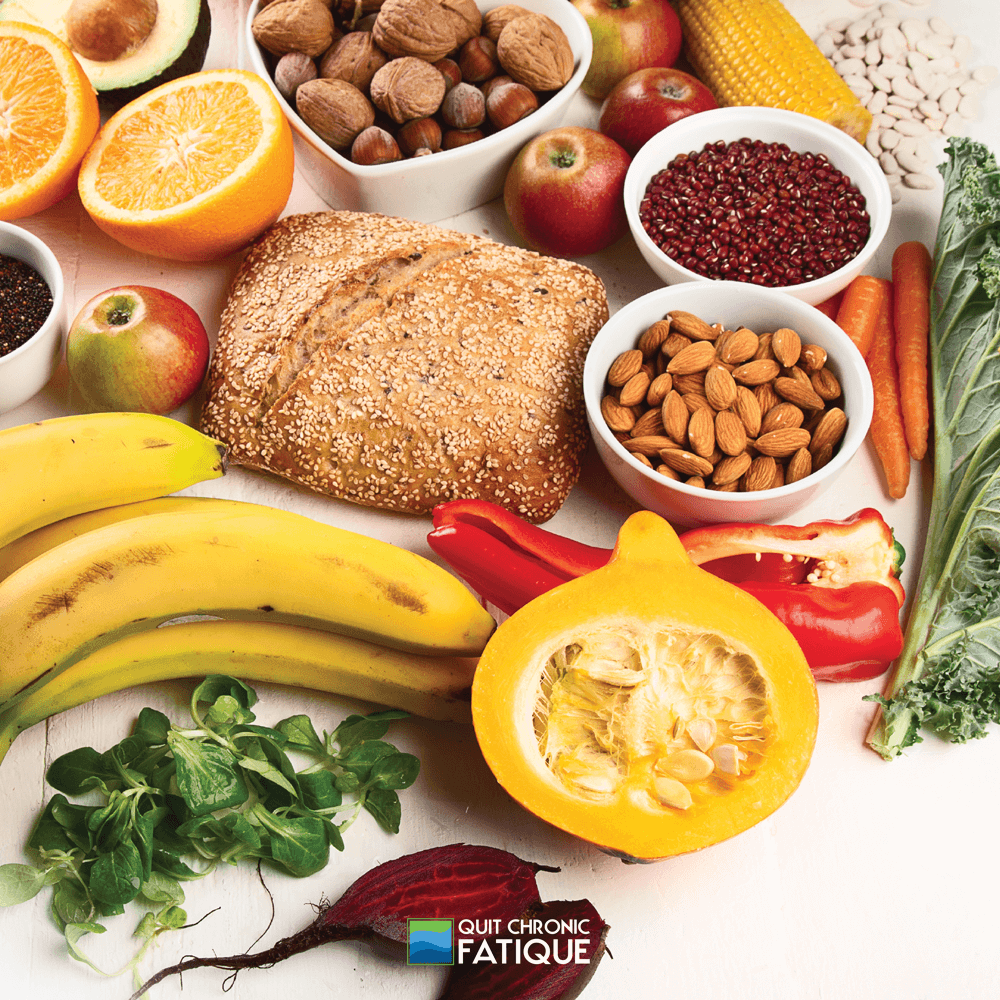 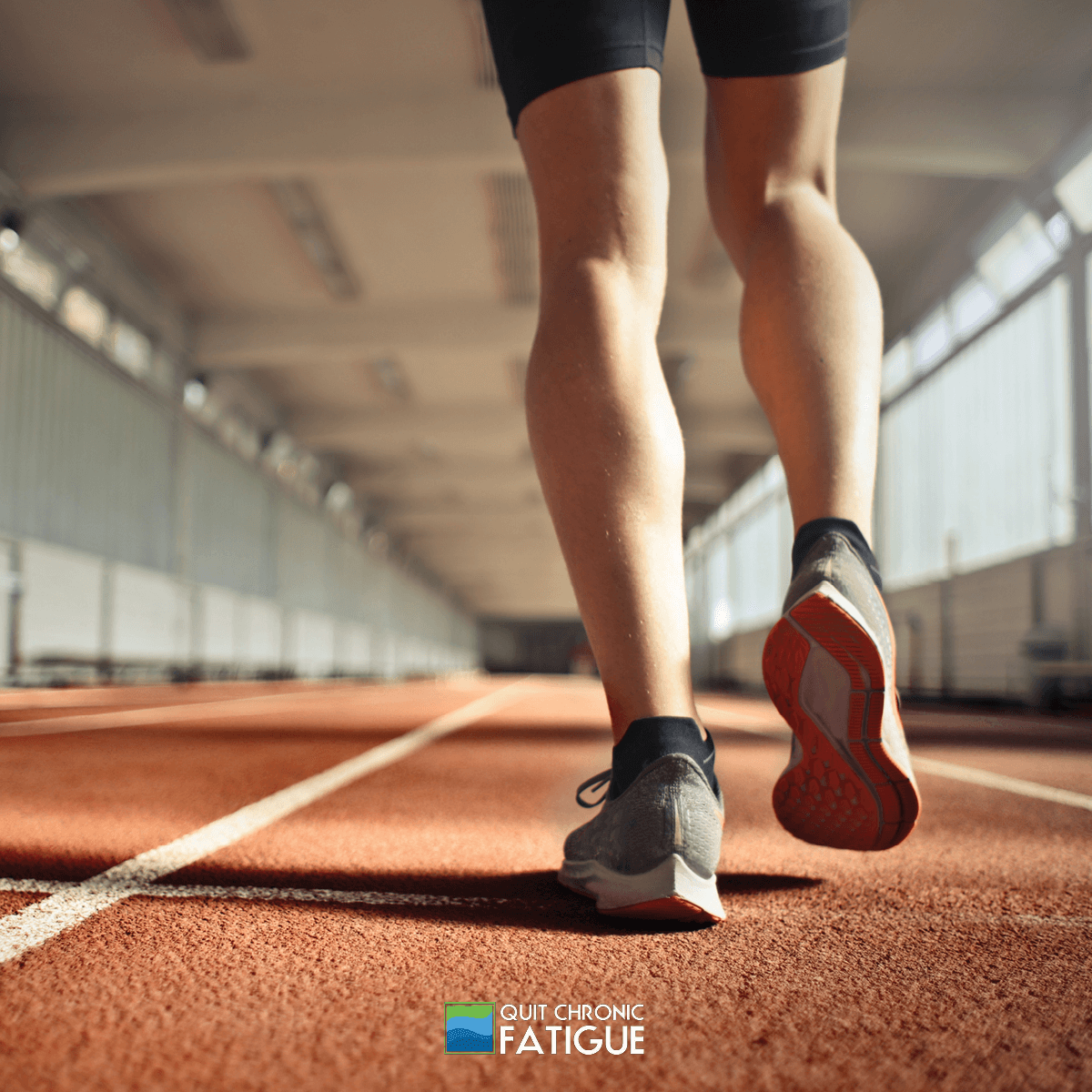 How To Lower Cortisol Levels And Avoid Adrenal Fatigue Syndrome

Quit Chronic Fatigue is a participant in the Amazon Services LLC Associates Program, an affiliate advertising program designed to provide a means for sites to earn advertising fees by advertising and linking to Amazon.com. This is at no extra cost to

HANDCRAFTED IN HEALTH BY QUIT CHRONIC FATIGUE © 2020 / All Rights Reserved