Why It’s Important To Pay Attention To Your Gut

It is important to consider if eating a diet of wheat and gluten free foods could help in your recovery from chronic fatigue syndrome.

This sensitivity to wheat in the study participants was shown to be related to some of the most common chronic fatigue symptoms like fatigue and brain fog.

I write a lot about gut health on my site because it played a huge part in my particular form of chronic fatigue syndrome. My health did not start to improve until a lot of testing was carried out to identify what the exact issues with my digestive system where.

Once identified I then had a road map to start healing from many years of chronic fatigue syndrome. During the time I was recovering, my diet consisted solely of wheat and gluten free foods and I became so used to it that I continue to eat this way today.

The health of your gut truly affects your overall health and as part of your recovery from chronic fatigue syndrome, it’s worth considering the issue of how wheat and gluten may be affecting your health and contributing to your fatigue issues.

Read on for information on how modern wheat and gluten sensitivity could be affecting your health.

Is Wheat The Reason For Increased Gluten Sensitivity? 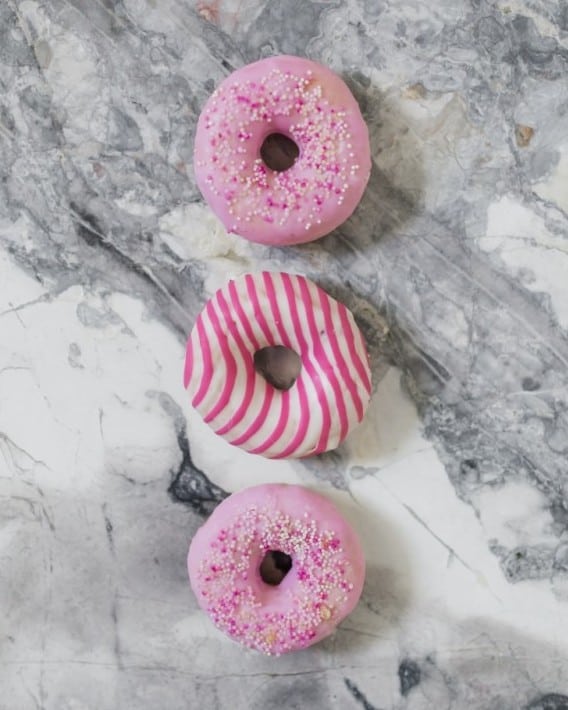 For thousands of years wheat has been a staple in our diets in one form or another. Wheat was a staple food of healthy communities from the earliest times in history. It is easy to grow and store in kernel form, and full of nutrients when milled fresh.

What was once a nutritious food has changed over at least the last 60 years so it is not the same as it once was. With these changes, wheat has become a controversial food.

In our modern world it is the enemy, a junk food blamed for gluten-based health issues. These are new diseases related to the food we put into our bodies.

So, what happened to wheat to change it from a nutritious food crop to what we have today?

The Truth About Changes In Wheat Processing And Farming

With the onset of the industrial revolution, the way we processed wheat changed. And then in the 20th Century farming practices changed.

All this has had an effect on the traditional wheat grown in the past. Wheat today, is very different to what our ancestors grew and ate. 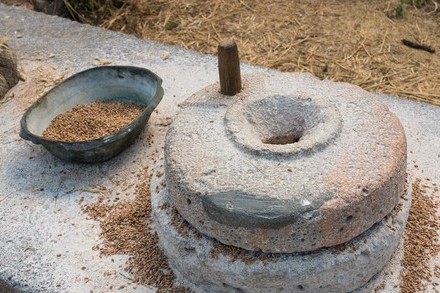 The new steel roller mills were fast and allowed control over the parts of the wheat kernel used in the flour.

Before this invention, stone mills ground the whole kernel between two stones to make flour. Now it was possible to separate different parts of the wheat to produce fine white flour.

This made flour affordable for everyone. This is what people called “progress”.

It was also the start of creating food with a long shelf life that became easy to store. Flour was easier to ship and store compared to wheat produced in stone mills.

No longer were there problems with rats and bugs getting into the flour, because this fine, white flour had all its nutrients removed.

Because of the popularity of these new steel roller mills, it took only a decade to replace most of the stone mills in western societies.

While people called this innovation, they did not consider the quality of this new food. Although we have understood for decades white flour has little nutritional value, it is still the most popular way to consume wheat.

The changes to the way we grow wheat brought a whole lot more problems with wheat. With genetically modified wheat strains came the need for fertilizers and pesticides for it to thrive.

Changes To How We Farm Wheat

Dr Norman Borlaug, a plant scientist, led this agricultural revolution. He bred new wheat strains by cross-breeding varieties and genetic manipulation. While this achieved high yields. it also altered the protein and nutrients in the plant.

Dr Borlaug received a Nobel Peace Prize for his work in 1970 for saving millions of people. His new wheat varieties helped countries like Mexico and India become self-sufficient. They were now able to grow wheat crops to feed the people of their countries

These new high yield wheat varieties depend on synthetic fertilizers and pesticides as well as expanded irrigation practices to thrive. And, over the years, there was a gradual replacement of traditional wheat varieties with modern wheat.

The reliance on chemicals and irrigation for cropping success has been hard on the natural environment. And there was little thought given to the nutrition it produced for the people it feeds.

Companies like Monsanto and Dupont embraced this new farming technology and spread it across the world.

The aim of the Green Revolution was to solve world hunger, which it did. But, decades later, we are finding accidental consequences of this in how it affects people’s health.

Surprising Facts About The Declining Nutritional Value Of Modern Wheat 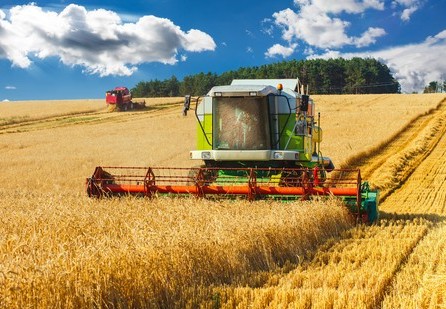 Human intervention hybridized the wholesome wheat of little more than 50 years ago. While it may taste the same, it is unrecognizable as the wheat of the past.

With the focus on increasing crop yield, low production costs and shelf-life, no one considered the effects to the people who ate the new flour. Biochemical changes to the wheat can result in negative reactions in the human body.

The focus was on feeding billions of people and economic viability, not on whether it was good for people to eat.

Wheat used to be a staple food keeping people healthy. The old wheat contained vital minerals like copper, iron, magnesium and the zinc we need in our diet.

Research shows the mineral content in flour fell because intense farming practices removed the minerals from the soil.

Up until 1960, there was little change in the nutrients contained in wheat. But after the introduction of hybridized wheat, nutrients declined.

Levels of magnesium, copper, zinc and iron were between 19 to 28 percent less than before 1960.

At the same time, there were no sign of changes to the mineral levels in the soil so researchers assume the problem is with the new strains of wheat.

With the ability to separate the nutritious parts, the bran and germ, from the endosperm this further reduced the nutrients in wheat. Processing strips away most of the unrefined carbs from flour. It becomes so refined that is can raise blood sugar levels in the body.

We now also prepare grains very differently than in the past. Once we left wheat to soak, ferment, and sprout and used slow rising yeast in the bread baking process.

This process increases the beneficial effects of the amino acid lysine while reducing the effects of the nutrients that are not good for human consumption.

These days we bleach flour and bake it with quick rising yeast. No longer do we soak, sprout or ferment the grains before cooking them. So, it is evident that the pastas and breads eaten today are very different to what we ate before the 1960s.

There are many different strains of wheat and the plants used today are not the same as the old varieties. In the old days, the most common wheat varieties were strains like Einkorn, Kamut and Emmer.

Today most of the wheat we eat is a genetically modified, crossbred dwarf variety bred to produce high yields. Its stems are shorter so the plant produces more kernels than the older varieties. This makes it is cheaper to produce and a more economically viable product.

While there are the economic benefits of a high yield crop, we are now discovering the disadvantages. The changes in modern wheat may be subtle.

What is important are the changes in protein and nutrients wheat contains and how it affects people’s health.

When people are gluten sensitive, they have a systemic autoimmune condition that manifests in different ways. It causes gut issues when eating the proteins in grains like wheat. There are different types of gut problems associated with gluten that have a negative effect on people:

When you have Coeliac disease, your system attacks the gluten as it mistakes it for a foreign invader. It also attacks the lining of the gut which causes leaky gut, inflammation, deterioration of the lining and other harmful effects.

It is a serious disease and has become more common over the last 45 years.

Gluten is a series of different proteins and the problem is that some people’s systems only recognise some of the proteins. One of the proteins that cause problems is Glia-a9, which is more commonly found in modern wheat.

Researchers believe modern wheat is more of a problem for people with coeliac than older wheat varieties. This is because modern wheat contains more of the glutens that cause problems.

In one study, the old wheat variety Einkorn was better tolerated than modern wheat and rice. This was a surprise as rice does not contain gluten.

Studies showed the preparation of wheat is important. Bread made from fermented wheat, sourdough, did not cause the same problems in people with gluten problems that normal bread did.

There needs to be more in-depth study into this before making any type of recommendations. But, it indicates modern wheat triggers autoimmune issues and could explain why problems caused by gluten is an increasing problem.

What About Modern Wheat And Its Effects On Healthy People?

A study in 2013, compared the traditional style wheat Kamut to the effects of modern wheat. In the trial 22 participants ate either modern or Kamut wheat for eight weeks.

They also had higher levels of magnesium and potassium in their bloodstream than those consuming modern wheat. People eating Kamut had reduced fasting blood sugar levels and a decrease in inflammatory markers. The study found Kamut wheat was less damaging than modern wheat.

Another study compared bread made from an old Italian wheat variety to bread made from modern wheat. Researchers found there was a huge improvement in inflammatory markers and cholesterol levels.

This led them to believe modern wheat causes inflammatory and cholesterol problems in healthy people.

Healthy Wheat Bread In Your Diet – Is It Possible?

This leads us to question if there is any such thing as a healthy wheat bread safe to include in your diet. If you can find bread made from old wheat varieties, made the old way by fermenting the grains, then it may be.

Or, you could make your own bread if you can buy old varieties of whole wheat. By grinding and fermenting it to make your own flour, you can make healthy bread yourself.

Or, you can cut wheat from your diet and replace the nutrients you get from wheat with other foods. Try this easy wheat and gluten free bread recipe https://quitchronicfatigue.com/gluten-free-herbed-flax-focaccia-recipe

Replace The Nutrients In Wheat

When you cut wheat from your diet, you still need to replace the healthy nutrients in wheat. Here are some options if you no longer have wheat in your diet: 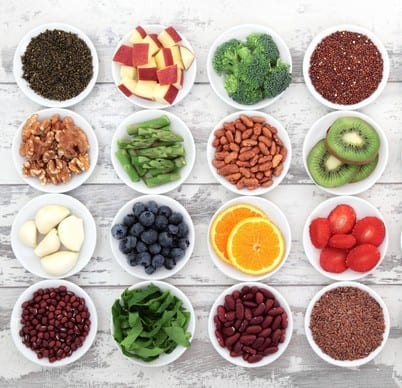 Root vegetables. Root vegetables contain B vitamins, fiber, potassium, magnesium and antioxidants. These nutrients give you energy and help slow down releasing insulin into your system. They also increase serotonin levels in your brain to give you a more positive attitude.

If you find that wheat and gluten are a problem for you and want to try eating wheat and gluten free foods, choose some of the foods listed above to provide energy. It is easy to cut wheat from your diet when you replace it with these healthy options.

Do Probiotics Do You Any Good? – How To Choose The Right Supplement 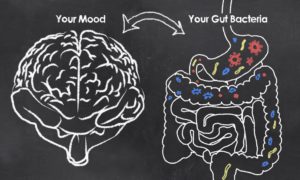 How Severe Is Your Lack Of Energy? Find Out Here