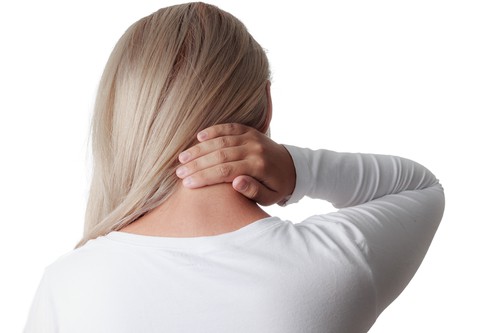 Fibromyalgia vs Chronic Fatigue Syndrome – Is It The Same Thing?

Many experts agree that the symptoms of fibromyalgia and chronic fatigue syndrome are so similar that for all intents and purposes they could be the same illness.

Both disorders share some of the same symptoms including:

Is There A Connection Between Fibromyalgia And Chronic Fatigue Syndrome

Fibromyalgia and chronic fatigue syndrome can both be chronic and long term medical conditions – and they are both characterized by extreme levels of fatigue. In fact, both medical conditions are interwoven to the extent that it has sparked a series of opinions and differences among medical experts. Some in the medical community wonder whether CFS and fibromyalgia fatigue are two similar disorders with different forms of expression.

Clinical scientists have discovered that both conditions are common among middle-aged people. It also appears that both conditions affect more women than men. About 80-90 percent of those with fibromyalgia are females, while chronic fatigue syndrome is four times more likely to affect females than males.

Although fatigue and chronic pain are common symptoms of both chronic fatigue syndrome and fibromyalgia, there are still differences. Some of these include:

In the case of fibromyalgia vs chronic fatigue syndrome, although the symptoms overlap, there will be more emphasis on some symptoms than others depending on the illness.

Chronic fatigue sufferers mainly complain of debilitating fatigue as the main symptom, whilst those with fibromyalgia complain mostly of pain.

In my own case I had chronic fatigue syndrome with the typical pain symptoms of fibromyalgia in the upper back, neck and lower calves added in for good measure.

Using magnesium oil to relax the muscles and reduce the pain was very helpful, particularly as at one stage due to my weakened gut health I was unable to take magnesium supplements orally. Using Epsom salts in baths and foot baths also helped release tight muscles and relieve pain.

On this site you can read some of my many posts on chronic fatigue syndrome, but this particular post is all about fibromyalgia.

Fibromyalgia – What Is It?

Fibromyalgia is a complex pain disorder that affects the musculoskeletal system, causing widespread chronic pain, aches and tenderness to touch. Fibromyalgia pain can be located in only one part of the body at a time, moving from one area to the next, or pain may be felt all over the body at the same time.

A chronic pain disorder, fibromyalgia heightens the sense of pain in an individual, and is accompanied by sleep issues, fatigue, digestive symptoms as well as mental and social problems.

More women are at the risk of developing fibromyalgia than are men. In fact, of the approximately 10 million Americans suffering from this condition, women are affected more than men with a ratio of about 8 to 2.

Although fibromyalgia is literally translated to mean pain in the tendons, ligaments, and muscles, this condition presents as much more than just pain, with a wide range of symptoms that vary from one person to another.

Causes and Risk Factors For Fibromyalgia

Symptoms of fibromyalgia usually begin after a surgery, physical trauma, accumulation of stressful events, or infection. Physical and emotional factors such as emotional stress and infections, such as parvovirus, hepatitis C, Lyme disease, and Epstein-Barr virus have been identified as stressors that trigger fibromyalgia.

In other cases, symptoms may build up gradually over time with no distinct triggering cause. Chronic pain associated with conditions such as systemic lupus erythematosus, ankylosing spondylitis, rheumatoid arthritis, and other medical conditions could act as triggering events for fibromyalgia.

Patients with these conditions are said to have “secondary fibromyalgia” since the autoimmune disease may trigger the condition.

How Does The Body Process Fibromyalgia?

The brain and spinal cord process pain sensations differently in those suffering from fibromyalgia. A clinical trial has shown the pain threshold is lower in those with fibromyalgia. The abnormalities that occur in the central nervous system amplify the pain processing threshold, causing the pain sensation to be more intense.

Is Fibromyalgia A Genetic Condition?

Medical research has continued to provide evidence that fibromyalgia is a hereditary condition. Parents and children of those with the condition are eight times more likely to have fibromyalgia than those who do not have any relatives with the medical condition. A number of genes have been suspected to contribute to the possibility of contracting this condition.

Signs And Symptoms Of Fibromyalgia

Body wide tenderness and widespread chronic pain are the notable features of fibromyalgia. This pain affects several areas of the body, significantly affecting the tendons, joints, and muscles. 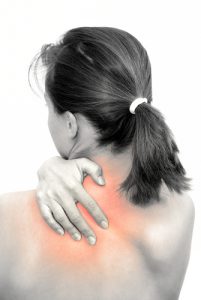 Stiffness is common in the joint, as well. Although the pain generally affects the areas below and above the waist, localized regions such as the neck, lower back, or shoulders may be affected. People with fibromyalgia often feel flu-like symptoms, as though they hurt all over.

It is common for some sufferers to experience ‘flare-ups’ – situations where the chronic pain and other symptoms last for prolonged periods of time.

Another symptom of fibromyalgia is fatigue. It especially manifests upon waking up in the morning, but it may also be noticeable mid-afternoon. It is common for people to be awakened with a “light” feeling, even after sleeping all night. This feeling may be combined with multiple disturbances during the night, with difficulty getting back to sleep.

Although body wide pain, sleeping difficulty, and fatigue are hallmarks of fibromyalgia, the illness is also associated with other symptoms such as disordered thinking. Patients have reported cognitive disturbances, brain fog and difficulty with enough focus to complete set tasks.

Widespread tenderness is a common symptom, particularly affecting anatomic regions such as the back of the neck at the connection between the muscle and the skull. There are 18 such specific regions in the body, and they are known as fibromyalgia tender points.

In the past, clinical studies were only carried out on patients who had 11 out of the 18 tender points, but this approach has changed in recent years.

How Is Fibromyalgia Diagnosed?

The person’s symptoms are considered during the tests and diagnosis for fibromyalgia. Symptoms such as widespread pain affecting the joints and muscles, in combination with sleeping difficulty and fatigue, would require tests for the condition. A thorough physical examination will be conducted by a medical professional in order to exclude any other illnesses that may manifest similar symptoms.

There are no widely accepted diagnostic criteria for fibromyalgia yet. Hence, any testing carried out is only done to exclude the possibility of other health conditions.

For instance, your doctor may want to exclude the possibility of conditions such as rheumatoid arthritis, sleep apnea, lupus, and multiple sclerosis. Although this may not make sense to you, fibromyalgia is known to mimic other medical conditions.

There is no specialty that manages or treats the disorder, but there are both medication-based and non-medication based treatment procedures for fibromyalgia.

Medication based procedures are designed to manage the sleeplessness and pain symptoms. However, non-medication treatments are the cornerstone of the treatment procedure for fibromyalgia, and it includes exercise, stress reduction procedures, and education. 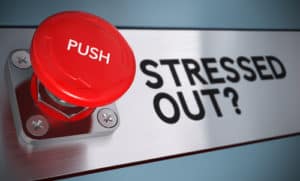 Education is crucial to the management of fibromyalgia. Fibromyalgia affects the body and mind. Usually, patients may have suffered the symptoms for years, causing anxiety without knowledge of the underlying cause of the symptoms.

Therefore, it is important that patients are educated about the symptoms, treatment procedures, sleep management, and the importance of ensuring the underlying causes are treated.

An exercise program is also important in treating fibromyalgia. This program should include strengthening, stretching, and aerobic exercises. However, many fibromyalgia sufferers find it difficult to establish a consistent exercise program because they think their pain may worsen with exercise.

But this is not necessarily the case as several scientific studies have proven that a consistent exercise program, particularly aerobic exercises, can help in pain management, improve physical functions, and enhance a sense of well-being in the affected individual. However, it seems that aerobic exercise does not help with feelings of fatigue.

Stress management is also essential for handling fibromyalgia symptoms since some of the symptoms may be triggered by stressful events. However, with a wide range of stressors in our everyday life, reducing stress can be a challenge.

This may involve avoiding stress causing activities and learning to reduce the body’s reaction to stressful events since some stressors cannot be avoided. Cognitive behavioral therapy is another non-medication treatment procedure that has been proven to be effective in the management of fibromyalgia. This therapy can be carried out over the internet or even in an office setting.

Other Tips On Management Of Fibromyalgia

Diet Changes That Help With Fibromyalgia

Although there is no specific diet plan for people with fibromyalgia, some who have this condition have noticed that making dietary changes can ease their symptoms.

Of course, following a balanced and nutritious diet plan is a great start towards achieving better health. A balanced diet should have high whole food content and avoiding gluten is recommended when treating fibromyalgia.

Often deficient in fibromyalgia sufferers, magnesium-rich foods such as leafy greens and dried beans should be included, plus antioxidant rich vegetables and deep colored fruits. However, some people may also find a good quality magnesium supplement an essential component in helping relieve pain.

Good protein sources like pasture fed beef and lamb, wild caught fish such as salmon as well as free-range eggs and poultry should form the basis of your diet.

In addition to following a healthy and balanced diet plan, some medical research suggest that avoiding foods that contain excitotoxins can help to improve the symptoms of fibromyalgia.

Excitotoxins are chemicals that cause the brain’s neurons to be excited – and they are commonly found in food additives that act as enhancers or food sweeteners. An example of excitotoxin is mono sodium glutamate. MSG and artificial sweeteners should be avoided.

Some nutritional deficiencies in fibromyalgia sufferers include Magnesium, Vitamins B12, Vitamin C and D, so it can be helpful to supplement with these nutrients as well as 5HTP to help with sleep.

I personally found 5HTP very helpful, and I started dreaming again when I took it which is a sign that I was in a deeper more restorative sleep.

As well as taking magnesium as supplements, I found it beneficial to use magnesium oil on sore and tight muscles, it can really help to relax these areas and ease the pain. There are many other natural ways you can relieve pain if like me you don’t want to be dependant on OTC or prescription anti inflammatory meds which come with side effects.

Fibromyalgia symptoms can cause an individual to feel lonely and disconnected from the outside world, especially if you do not know anyone with the same condition. But with the increasing influence of the digital space and social media, connecting with others with this condition and identifying with support groups is now a lot easier.

Gentle exercise and stretching, changes to diet, taking appropriate supplements and using some natural pain relief can go a long way to helping sufferers of fibromyalgia. 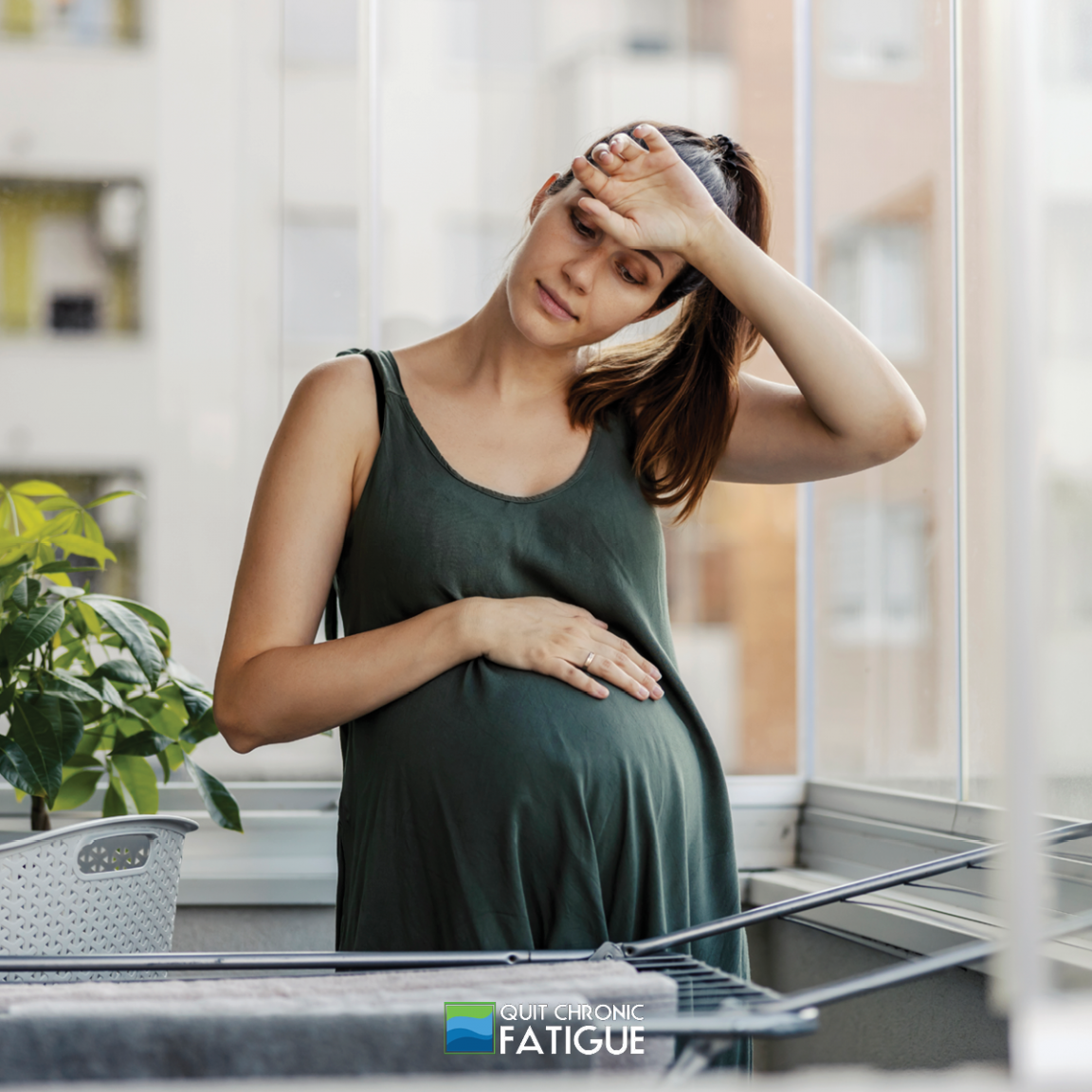 Dealing with Pregnancy Fatigue? 4 Ways CFS May Be Worsening Your Symptoms 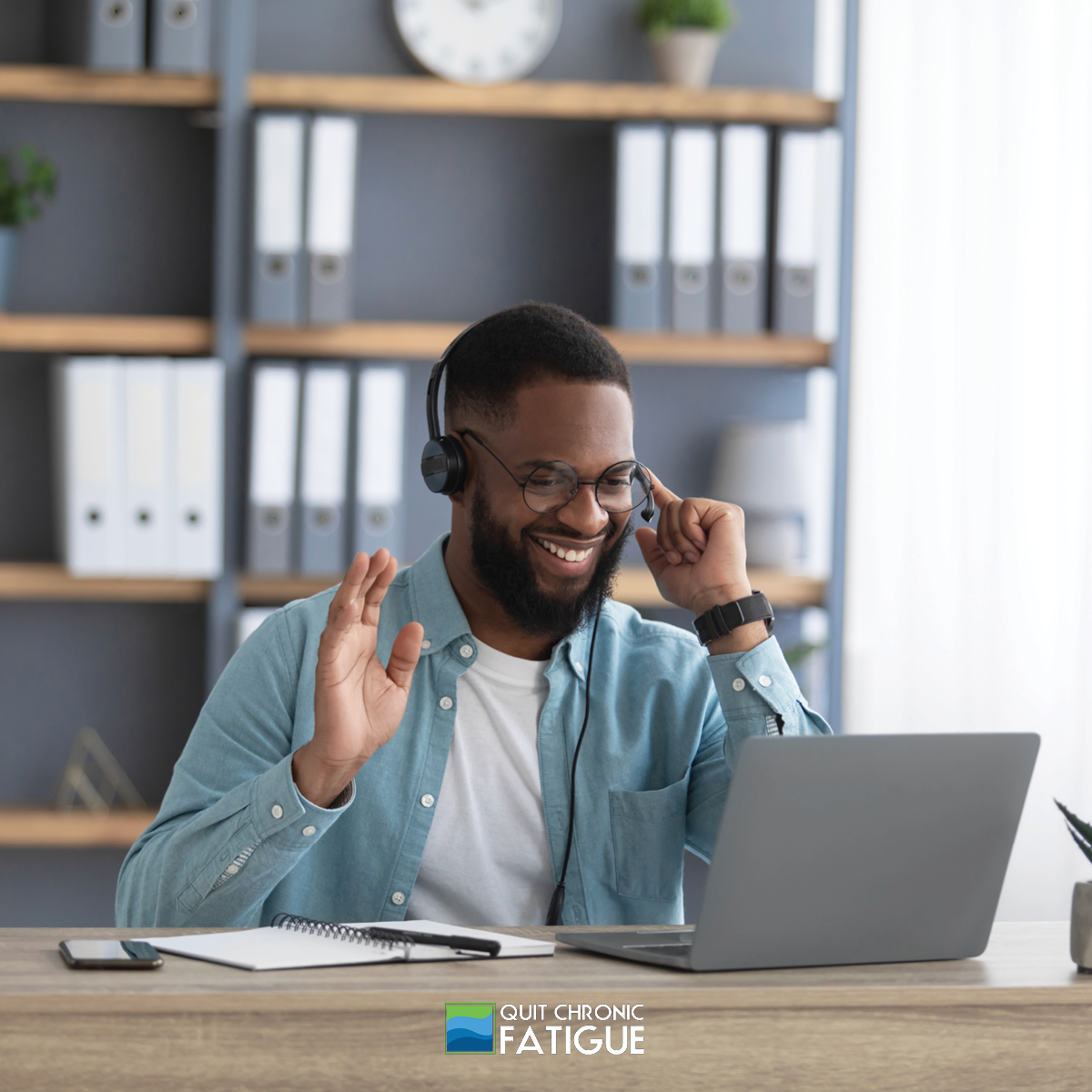 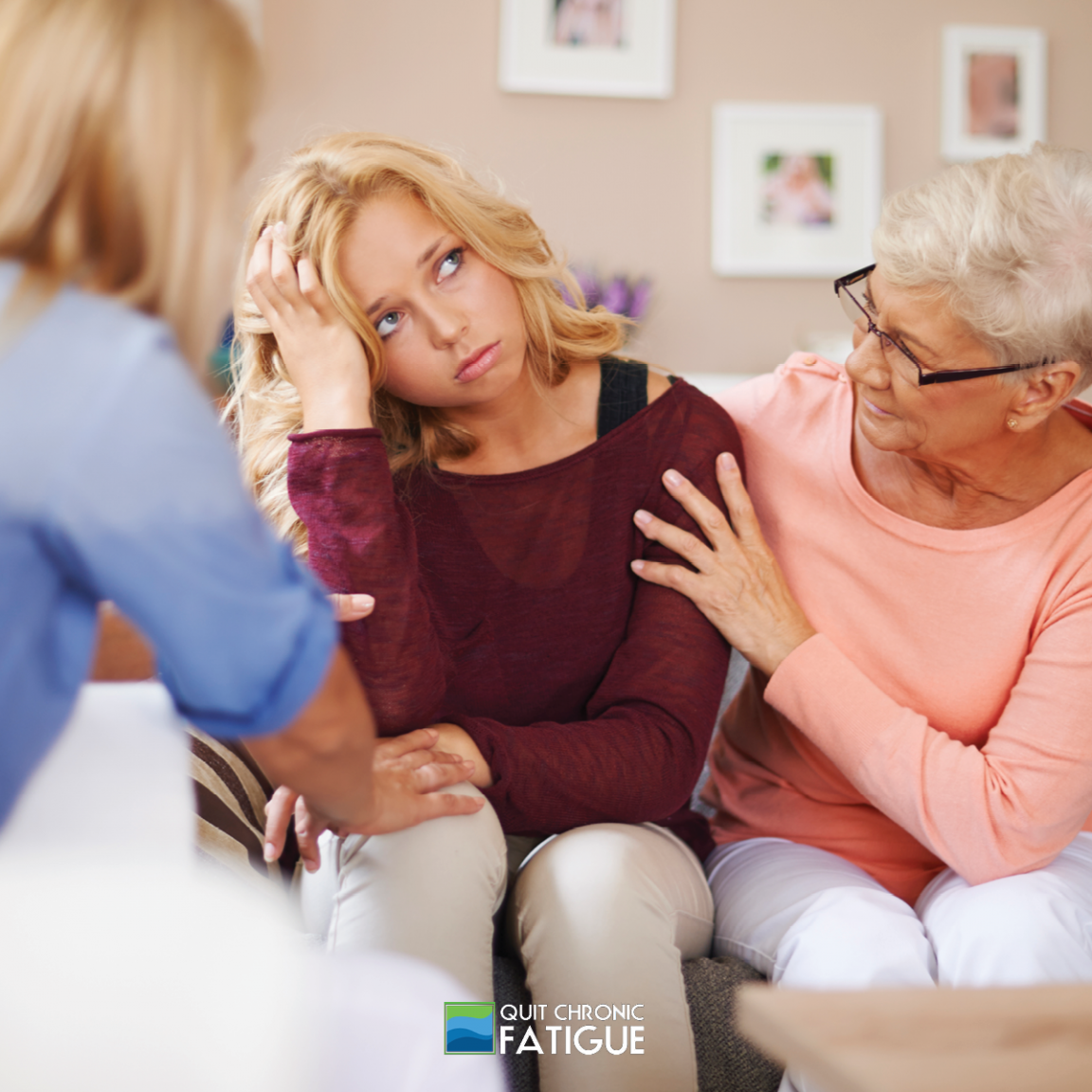